Initial Pay Fixation. Within the pay given, JCOs/OR who were in service and holding the appt as on 01 Jan 2016 have been granted replacement scale. 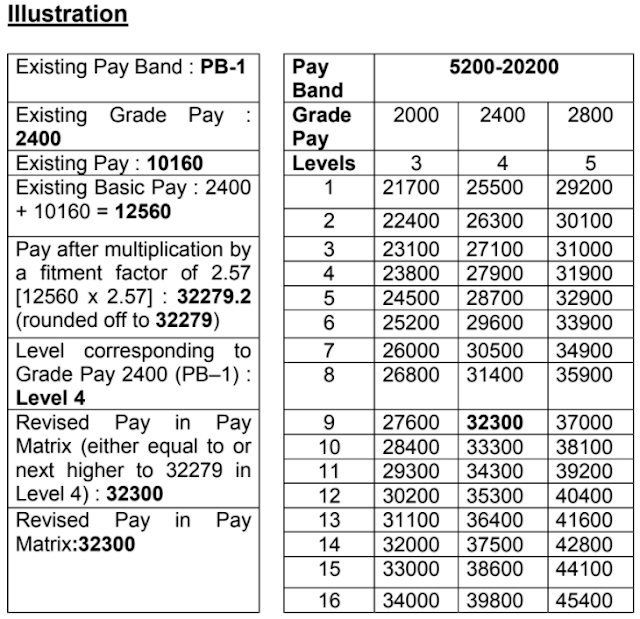