In the case of Medical Officers in the Army Medical Corps, Army Dental Corps and Remount and Veterinary Corps in respect of whom Non-Practicing Allowance is admissible, the pay in the revised pay structure shall be fixed in the following manner:- 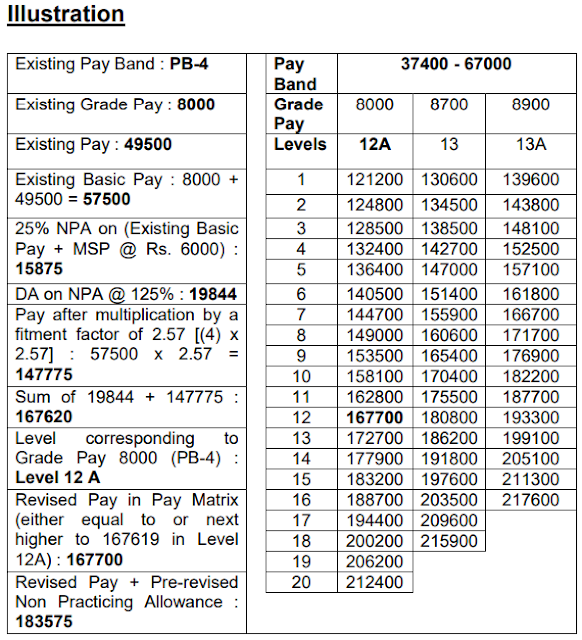