The Reserve Bank of India will issue on August 25, 2017 ₹ 200 denomination banknotes in the Mahatma Gandhi (New) Series, bearing signature of Dr. Urjit R. Patel, Governor, Reserve Bank of India from select RBI offices, and some banks. The new denomination has Motif of Sanchi Stupa on the reverse, depicting the country’s cultural heritage. The base colour of the note is Bright Yellow. The note has other designs, geometric patterns aligning with the overall colour scheme, both at the obverse and reverse.

The image and salient features of ₹ 200 denomination banknotes in the Mahatma Gandhi (New) Series are as under: 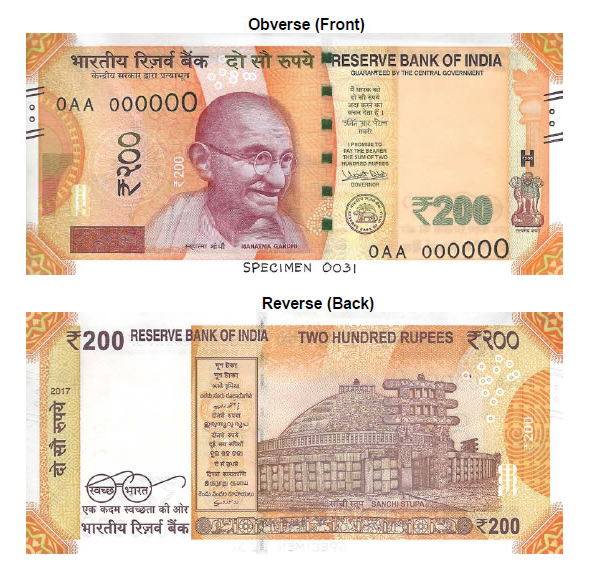 Reverse (Back)
13. Year of printing of the note on the left
14. Swachh Bharat logo with slogan
15. Language panel
16. Motif of Sanchi Stupa
17. Denominational numeral २०० in Devnagari Dimension
18. Dimension of the banknote will be 66 mm × 146 mm