May 25, 2017
Pension Fixation for Pre- 2016 pensioners/family pensioners based on Notional Pay Fixation as per Government decision

Sub: Implementation of Government’s decision on the recommendations of the Seventh Central Pay Commission- Revision of pension of pre- 2016 pensioners/family pensioners etc-reg.

Sir/Madam,
I am directed to say that based on the decisions of the Government, Department of Pension and Pensioners’ Welfare has issued O.Ivl. No. 38/37/2016-P&PW(A) dated 12.05.2017 for fixation of pension/family pension of pre-2016 pensioners/family pensioners to the higher of the two formulations. A copy of the OM. is circulated herewith for information and necessary action.

3.As envisaged in the DoP&PW O.M., the Pension sanctioning Authority (PSA) would impress upon the concerned Head of Office for fixation of pay on notional basis at the earliest. The information can be obtained in Proforma A. Based on notional pay so fixed, the revision proposal will be sent by Pension Sanctioning Authority to concerned DA (P) to apply necessary checks and issue revised authority under the existing PPO number. To facilitate fixation of notional pay, DA (P) will provide copy of PPO/pension papers to concerned PSA immediately on requisition. All PSAs will maintain records of processing cases of retirees year-wise in Proforma 8. DA (P) will maintain data of proposal received and authority issued in software as has been done in case of 6th CPC revision of PPOs.

4.Since there will be large number of cases for revision, concerted efforts of all authorities will be required to accomplish the task. It is requested to take immediate action for revision of pension/family pension at the earliest.

This issues with approval of Secretary (Posts). 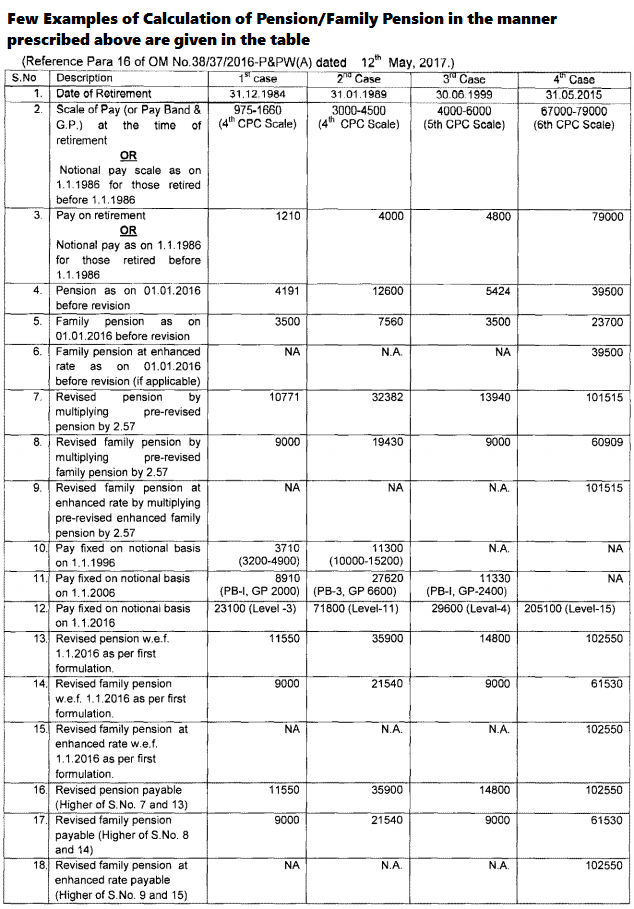