No.F.14021/3/2016-AIS-II
Government of India
Ministry of Personnel, Public Grievances and Pension
Department of Personnel and Training

Subject: Amendments in the recommendations of the 7th Central Pay Commission – reg.

The Ministry of Finance, Department of Expenditure vide Resolution No.1-2/2016-IC dated the 16th May, 2017 has made certain changes in the recommendation of the Seventh Central Pay Commission. The following changes are relevant for All India Service officers:

“If the pay of the AIS officers posted on deputation to the Central Government, is fixed in the revised pay structure, either under these rules or as per the instructions regulating such fixation of pay on the post to which they are appointed on deputation, and happens to be lower than the pay they would have been entitled to had they been in their parent cadre and would have drawn that pay but for the Central deputation, such difference in the pay shall be protected in the form of Personal Pay with effect from the 1st January, 2016”.

3. This issues with the approval of the competent authority.

Yours faithfully,
sd/-
(Rajesh Kumar Yadav)
Under Secretary to the Government of India 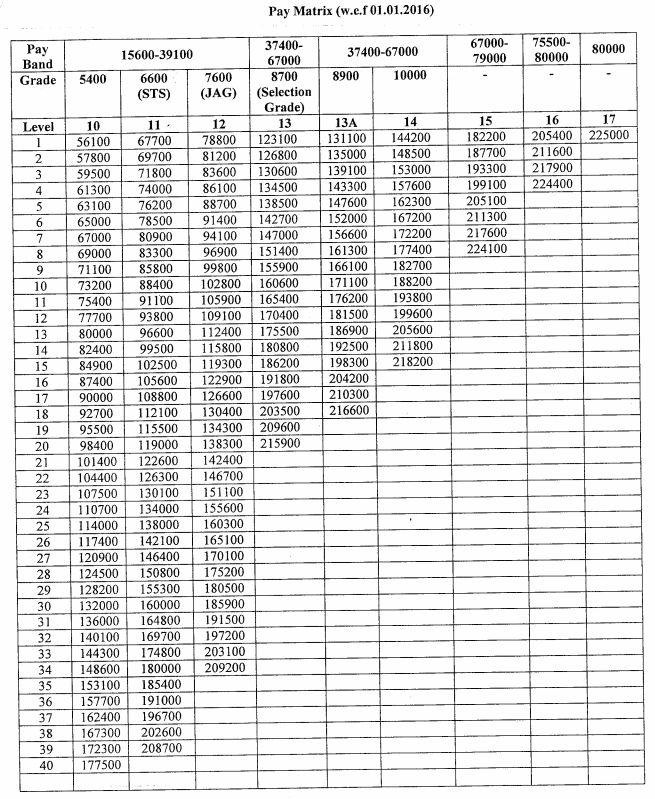