All India Consumer Price Index for Industrial Workers (BY 2001=100) for the month of February 2017 released by the Labour Bureau today.

The All-India CPI-IW for January 2017 remained stationary at 274 (Two hundred and Seventy four).

The Labour Bureau today published the magix number of AICPIN for the calculation purpose of Dearness Allowance and Dearness Relief for the existing and retired employees of Central Government.

For more details, Click the link to view the Press Release 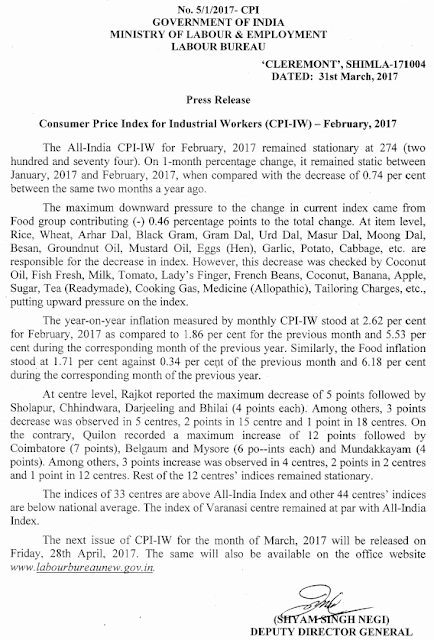 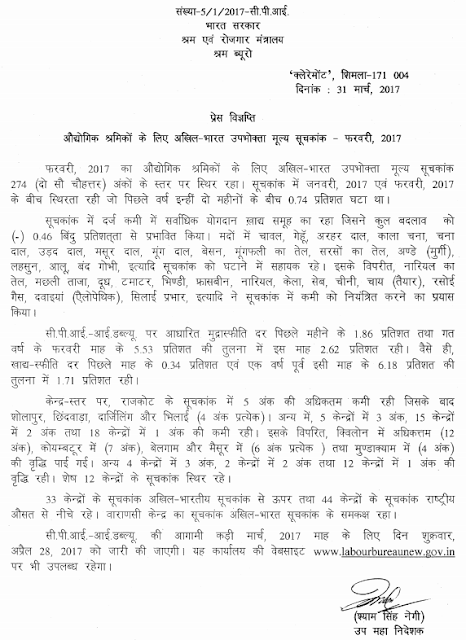