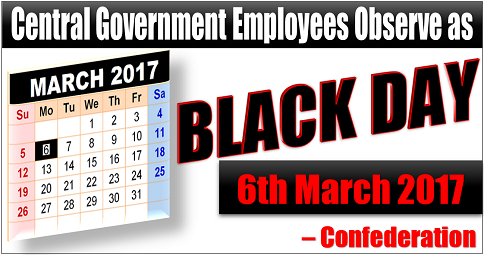 SOLIDARITY TO CONFEDERATION'S STRIKE. AIDEF TO OBSERVE PROTEST DAY ON 16.03.2017

All India Defence Employees  Federation (AIDEF) has decided to observe 16th March 2017 as "PROTEST DAY" by holding massive demonstrations in front of all Defence Establishments to protest against the unhelpful and adamant attitude of NDA Government in settling 7th CPC demands of Central Govt Employees  and other major outstanding demands of Defence Employees.

AIDEF circular dated 20.02.2017 stated that the observance of Protest Day on 16.03.2017 is also to extend solidarity with the Central Government Employees other than Railways & Defence who have decided to observe one day strike on 16th March 2017 based on the decision of Confederation of Central Govt Employees & Workers.