7th CPC Allowance Committee Report Submitted to the Govt or not?

February 27, 2017
7th CPC Allowance Committee Report Submitted to the Govt or not? 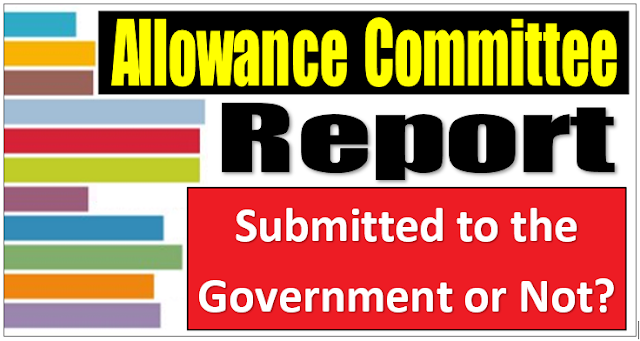 Was the 7th CPC Allowance Committee Report submitted to the government as early as February 22?

A high-level committee, under the chairmanship of Finance Secretary Ashok Lavasa was constituted by the Central Government to review the Seventh Pay Commission’s recommendations regarding the allowances being given to the Central Government employees. According to information, the committee had already submitted its report on February 22.

Irrespective of who possesses the report now – the committee or the government – what is more intriguing is the recommendations that it contains.

One could see that the 7th Pay Commission suggested either rationalization or simplification at many places. An example is the Pay Matrix Table, which has now brought the entire Pay Structure of more than 35 lakh employees under one Table. Although there are some anomalies, the system has dramatically simplified the process of annual increment calculation and also pay fixation on Promotion or MACP.

At present 196 different kinds of allowances are being given to the Central Government employees. Some modifications have been recommended in these too as part of the rationalization and simplification drive. The Seventh Pay Commission has recommended the abolition of 52 allowances.  And another 36 allowances have been abolished as separate identities, but subsumed either in an existing allowance or in newly proposed allowances.

The big irritation, or rather disappointment to the Central Government employees was the recommendation to reduce the percentage of House Rent Allowance (HRA).

Now, sources claim that the committee has already submitted its report to the government.