January 30, 2017
MoD once again issued a clarification orders with three illustrations of an employee shall be fixed who has been granted financial upgradation in MACP on 15.3.2016 in the grade pay of Rs.4200.

A copy of MoD/D (Civ-I) ID No 11 (6)/2016-D(Civ-I) dated 07.12.2016 along with all its enclosures on the above subject is forwarded herewith. It is seen that MoD/D(Civ-I) has requested that the clarification on the subject from MoF/MoD(Fin) may be awaited. Accordingly, the instructions issued by MoD in para 2 of the MoD ID dated 7.12.2016 may be adhered to avoid any inconsistencies in the matter of pay fixation.

The employee has exercised option 2 to fix the pay in the Pay Matrix after availing the increment dated 1.7.2016, in the old pay structure scale.

Option 2 is exercised by the employee to fix the pay in the new pay matrix after availing promotional upgradation under MACP Scheme that look place on 1.1.2016. 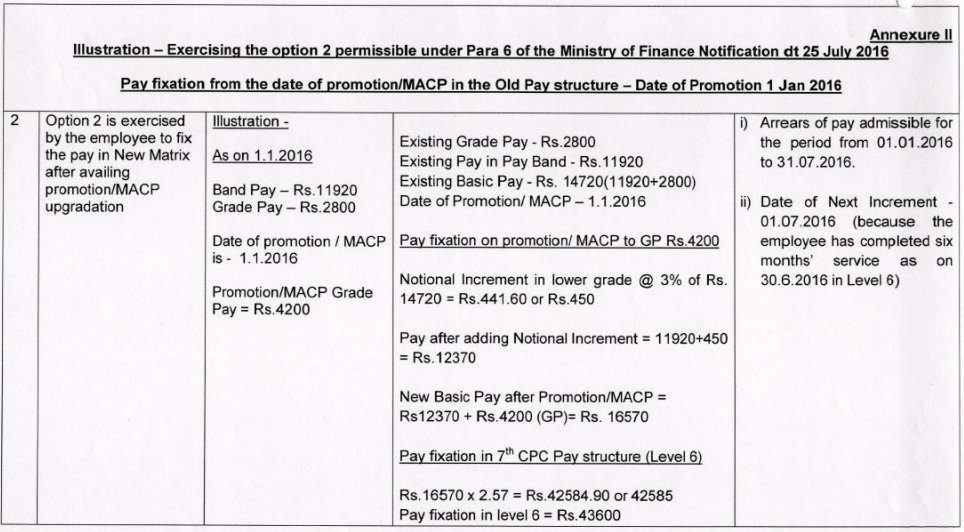 Option 2 is exercised by the employee to fix the pay in the pay matrix after availing promotion/MACP upgradation as on 15.3.2016 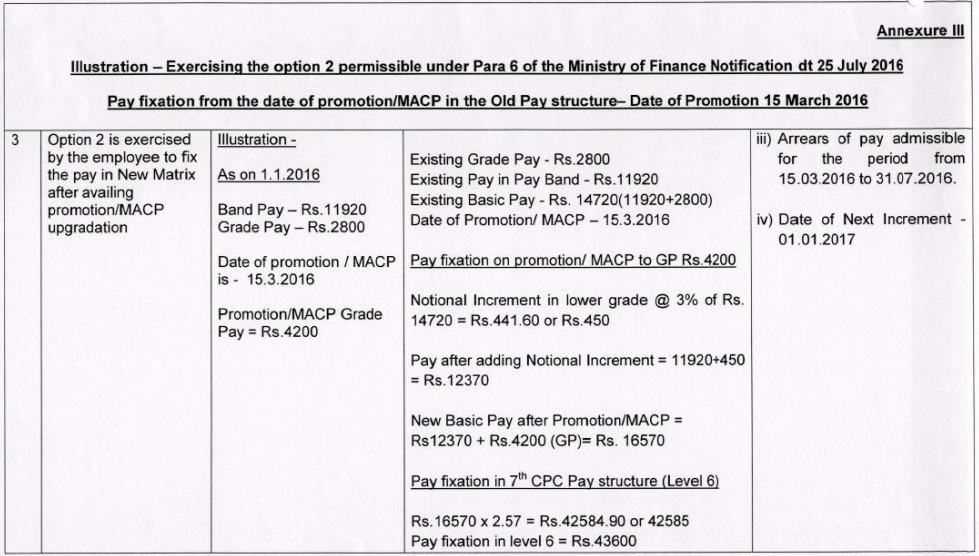