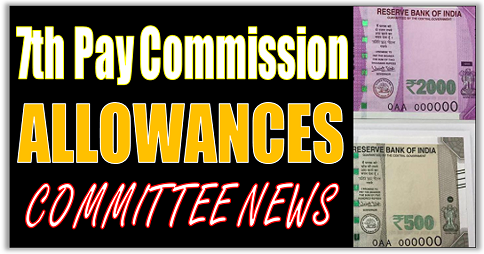 “Government employees, who pay regular taxes for up to the last Rupee that they earn as salaries and bonuses, are the ones who were most affected – directly and indirectly – by demonetization.”

As part of its proclaimed drive to eradicate black money, counterfeit notes, and terrorism, the Government, on November 8, announced the abolishing of Rs. 500 and 1000 notes. The acute shortage of cash, that began on November 9, continues until this day. The masses are faced with hardship in one form or the other – medical expenses, marriages, house construction, outstation and foreign travels, celebrations, last rites, school fees, and everyday expenses… An advance of Rs. 10,000 as cash was given from the salary for the month of November only.

News sources claim that the Ministry of Finance and officials of all departments are working hard to streamline the announcement and handle its after effects.

The Central Government, which has implemented only the hike in the basic pay, as recommended by the Seventh Pay Commission and has been giving it with effect from January 1, 2016 onwards and has constituted a high-level special committee under the chairmanship of Finance Secretary Ashok Lavasa, to look into the recommendations regarding various allowances.

The meeting of the high-level committee must be constituted in order to decide on important allowances being given to the Central Government employees, including House Rent Allowance. Although sources claim that seven such meetings had been held until now, no decision has been reached yet.

The Seventh Pay Commission had compiled its entire report within 18 months. Four months have passed, but the committee has not been able to make its mind up about one aspect of it, the allowances. This has caused tremendous irritation and frustration among Central Government employees.

Confusions and hurdles continue to plague in constituting the meeting of the high-level committee, which must decide on the issue of allowances to the Railways, Postal, defence, and armed forces. This can be deduced from the recent letter that the Secretary of National Council (JCM) had written to the Central Government. The most recent high-level committee meeting with the NC JCM Staff Side was held on September 1, last year.

The Seventh Pay Commission had listed 196 kinds of allowances (51 allowances have been recommended to delete from the list). It must be mentioned here that, of these, the committee was constituted to look into all the allowances, except the dearness allowance. No decisions have been made yet on any of the allowances. In fact, there is no official information on the next meeting date.