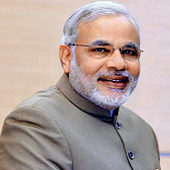 Central Government employees and those employed in various Central ministries, who had until now enjoyed a 5-day week have been advised to henceforth work 6 days a week. The system is expected to be shortly implemented to other departments too.

In the 1980s, when Indira Gandhi was the Prime Minister, central government offices worked on Saturdays too. It was Rajiv Gandhi, who had, on May 21, 1989, implemented the 5-day week system for central government employees. The system, which was in force for 25 years, is now being quietly changed. Since there could be a backlash from the employees, the scheme will most likely be implemented every alternative week in the initial stages. Talks are now on.

If the 6-day week plan is not implemented, then orders could be issued for the continuation of the current 5-day week with increased work hours for the employees of various central government ministries and offices.

Six Days Week : No such proposal is under consideration with the Government at present - Cabinet Secretary

A new website for National Council JCM Staff Side

AICPIN Points on the Ascent Again!

Santhosh said…
I wish to draw attention to the topic of enhancement of retirement age. In view of this, my group of colleagues feel that those employed before Jan 2005 are blessed with pension for the rest of the life and subsequently to spouse, might be exempted from the benefit of enhancement of retirement age. Thus avoiding double benefit (i) Pension (ii) Enhanced Retirement Age and extend the single benefit of Enhanced Retirement Age to those employed in/after January 2005. Please take a note of this point and put forward in your forum for consensual discussion.
June 13, 2014 at 4:49 PM

rs said…
If six days week is implemented, it will be a type of mental harassment for woman employees. Every woman has to bear two responsibilities, one at office and other at home for her children. In five days week facility, atleast the lady is relaxed for two days a week with her children and at home. The govt. should consider the problems and responsibilities of a woman in our Indian society. Moreover, the govt. should implement staggered working hours for woman employees having minor children and for those who are traveling long time from their residence to the office. Increasing number of days or working hours cannot solve the problem of the lazy employees who are irresponsible on their duties. The employee who works with responsibility has right to devote some time with his/her family too. Because of few irresponsible people, why the govt. is making to suffer to all.
In my opinion, the present system of five days week is perfect in all senses. The govt. should rather consider for staggered working hours for woman employees, then all woman employees will pray for Modi Ji and his govt. long term.
June 13, 2014 at 5:13 PM

Anonymous said…
if 6 day week is implemented, it would be a "Himalayan blunder for the new Govt." 5 day week was introduced after considering various aspects.It will be better to leave the problem at least to the current Pay Commission , a hasty decision will affect the morale of the employees
June 13, 2014 at 10:45 PM

Anonymous said…
if govt. revive six days week policy as it was three decades ago,then govt should bring back old pension scheme which would help the employees of young generation a lot.

Anonymous said…
It was a scientific approach while the five day week system was introduced through which we obtained saving in electricity, water, office space, transportation cost as well as reduction in air pollution etc etc. apart from increase in efficiency after a two days rest. Switching over to an out dated system of six days week is nothing but a retrograde step which will not be viewed as a positive approach of dynamic governance. The deficiencies like red tapism should be reduced through prompt utilization of IT and internet facilities instead of increasing working hours. In fact the existing class discrimination and dual standards of timing of parliament and govt offices etc are to be eliminated with a vibrant positive approach. And that is what is the expectation of people while voting for a stable govt.
June 14, 2014 at 1:51 PM

Anonymous said…
Six day option is not practical,instead of increase in working hours it should be ensured that attendance at upper level is in time, as mostly if someone comes at 11am instead of 9 am only then he is officer. It is will of officer to come.it hours are increased they will be applicable to lower staff only. If regular timings are followed and actual leave taken are debited then working will be improved. Otherwise sincere working of 9 to 5.30 is enough.
June 14, 2014 at 3:29 PM

Anonymous said…
Modiji is living alone for long and so has plenty of time and energy. He wants to utilise time and need more work whereas people living in families have large responsibilities towards their families. Thus they can help their family responsibilities perform on Saturdays and re-energise their bodies also. Therefore 5-day week is best for efficiency in work performance as well as huge savings on transport and electricity. City pollution would also remain under control. 6-day week would on the other hand would bring inefficiency and criticism from Govt.employees.
June 14, 2014 at 3:48 PM

unnikrishnan said…
strict adherence to the timings must be insisted.If done so, the employees themselves will come up with demand for 6 days system.Shame on the enforcement of timings in offices from TOP to bottommmm.Thebosses choose weekends for outings and field officers are subjected to all type of harassment,including extra expenses for their halt ,outings etc.
June 14, 2014 at 3:58 PM

Anonymous said…
There should be six days working in all over the country. If Prime Minister is working for 18 hours a day and is committed for the progress of this nation, then why not we the employees can work for one day more in a week. Also there are two patterns in a department like postal department of India, where there is 6 days week for operative staff i.e. the staff which is actually working to provide postal service to public of this country and five days week for the staff deputed in administrative offices. In addition administrative staff is getting 8 casual leave in a year with a saturday off every week but operative staff is only getting 8 casual leaves in a year. Such type of anomaly must be stopped immediately and a single pattern of six days week with working hours from 10 am to 5 pm must be implemented in all the Government offices please.
June 14, 2014 at 11:52 PM

Unknown said…
With huge vacancies in almost all departments, pendencies of work are piling day by day and so six days week, if implemented, this position is likely to improve. Government should not endeavor to give re-appointment to retired employees at this juncture as retired people may not work with devotion. It is therefore required in the best interest of Government to enhance the retirement age of Central employees at least for two years, so that they will be forced to work mindfully. Government may coup up with the shortage of fund by retaining the funds earmarked for being paid ti retirees for two years. But, this should be done after a thorough review of performances of the working mass. Non-performers should be shown the doors at the earliest.
June 18, 2014 at 1:35 PM

Anonymous said…
ncreasing retirement age from 60 to 62 years shall give in positive results. Many essential /new infra projects have been planned in our country but due to no availability of budgetary support /allocation, the projects either delayed , discarded or not worked out . Increasing retirement age shall instantly generate huge amount of funds in government treasury for current time and so on regularly due to holding on payment of retirement benefits. In addition, this will automatically contribute to continuous availability of the matured skill , source funds for launching of essential /new projects , earning of more revenue from taxes ,lesser expenses on pension as well as generation of employment through new projects etc. These are the needs of the time for our nation to come in parity with other countries of the world who have adopted /implemented the policy of enhancing the retirement age much earlier and now are more advanced .Further, it has been observed that life expectancy, however increased continuously over past few decades due to better and improved medical facilities and more health cautiousness among elderly people. Also, it has been seen that people use to re-join jobs in private organisation after being retired from government sector. They now , get pay packet and enjoy pension as well with retirement benefits ( PF, GRATUITY, LEAVE ENCASHMENT,PENSION SURRENDER … ) . Government /people should think over the issue whether there is gain or loss for the nation .
June 20, 2014 at 1:03 PM

Anonymous said…
Department of posts does not have uniform system for all employees. operative staff which deals with the public, works for 6 days a week. whereas the administrative staff work 5days a week. this patiality should be removed. plus, 6days a week work is harassment for the women employees who have to travel long distances to work and those who have kids too. as a woman in the Indian society is expected to balance both work and family at the same time. the 6day week in postal dept is resulting in breakdown of families and mental harassment.
June 27, 2014 at 5:07 PM

Anonymous said…
The suggestions given above are true facts.One employee is working five persons due to shortage of staff but no body are recognising the facts. though we are under five day week some of the stff already working six days and the staff are working continuously without break.But the govt is not passing the benefits without pressure .As the recruitment will not take place immediately it may be better to increase the retirement age to 62 years so that morale of the seniors will improve and the govt burden will decrease and use the talented persons for building future MODI INDIA 2025. Ok.
July 7, 2014 at 7:27 PM

Anonymous said…
All the govt employees are enjoying the one day at the cost of govt, by working 5 days against 6 days, so defiantly there will be agitation from the trade unions as well employees.however the govt has to take a firm decision to decide to improve the efficiency of govt offices, in the interest of nation
July 14, 2014 at 12:05 AM

VaSam said…
I m working as an LDC. My enrollment is on 14 Jun 2012. Inspire of my repeated requests my office is working on all Saturdays. Being a nursing mother its very difficult. Can anyone help on this? I m the only staff working. Can anyone attach any latest orders on this?
September 10, 2015 at 10:24 PM

VaSam said…
Hi I'm working six days a week. Being a nursing mother I m unable to cope up. Repeated request to my higher authority is only seeking for orders on this. I don't have any. I m the only civilian staff. Can anybody help me on this.
September 10, 2015 at 10:27 PM